A standing event in the calendar of any marketing and SEO professional has to be BrightonSEO.

Twice a year, 4,000 people descend on Brighton from 40+ countries to learn, share and generally get their geek on.

I've been attending for the past three years. Without fail I have come away from every conference with ideas, enthusiasm and often with the need to decompress my brain!

The latest installment was no different!

Picture the scene .. just about to leave work, quickly checking something on a client's Majestic report, when suddenly I discovered Majestic had launched a whole new element of fun on what is usually, let's face it, a pretty nerdy platform where SEO folk crunch some serious numbers about how well a website is performing or what problems there might be with links coming into or going out from a website. 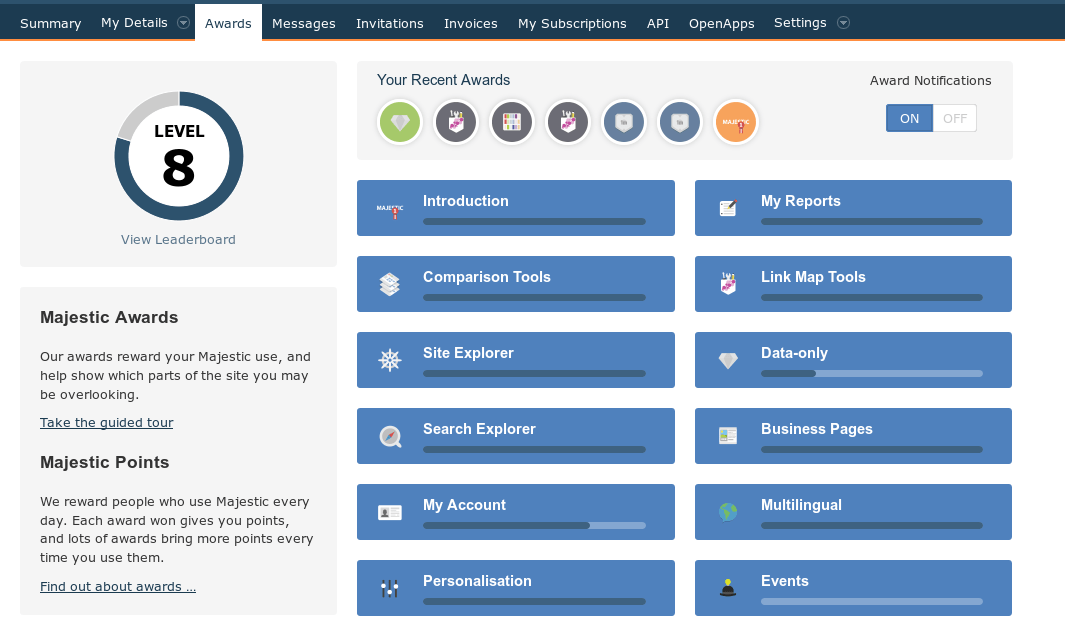 In exchange for me ferreting around on the Majestic site, unearthing tools I had probably known about but long ago shelved in the "don't need it right now but that's kinda cool" part of my brain, I started to work my way through the new Awards system and work my way up the 'Leaderboard'.  Surprising the things I learned .. like the fact that you can assess the quality of a social media profile using Majestic!

Things have been a little busy in the past month, with lots of international speaking engagements and of course, being part of the team behind Joomla!Day UK which took place at the beginning of October.

After the experience in Kenya I was hoping that the travel would be a bit easier - and thankfully it was!  First stop was Joomla!Day Switzerland where I gave a talk which busted some common SEO Myths, followed by speaking at Joomla!Day Spain the next weekend, and running (and speaking in three sessions!) at Joomla!Day UK the weekend after that.

Unfortunately I had to draw the line at three consecutive speaking events, so when I was invited to attend Joomla!Day South Africa rather than decline the invitation, we arranged to do a presentation via Skype, which worked really well!

If you have a Joomla! website and it's not working for you - perhaps you're not getting as much traffic as you would like, or there is some kind of problem with your search engine optimisation, I'm here to help.  I've worked with Joomla! since the early days of 1.0.x and have deveoped a keen interest in the area of Search Engine Optimisation (SEO).

Some of the services I offer include:

I was approached by a Express Catering, a mobile catering company based in the South West back in December, shortly after my articles on identifying and recovering from Google Panda and Penguin went live.  They thought that it was likely their website had been a victim of the Google Penguin update, and asked me to carry out an SEO Audit to identify whether this was the case and what we could do about it.

Where have I spoken before?

I've been fortunate to be invited to speak at many events around the world.

Drop me a line via my contact form to discuss opportunities.